Abigail looks like trash and from Ibuki’s expression probably smells like it too. His Intro looks like something Ono’s unprofessional ass would do publically around his colleagues in the office. What a huge steaming pile of hot garbo, the kind you would find in a trash compactor sitting in the hot sun or a sanitary landfill in the middle of Texas on a hot summer day.

Somebody did a size comparision attempt from NeoGaf

if is accurate it look even more impressive near to big heavyweights (must have understimated Ed’s height), i’m ok with it as giant archetype… it literally change the landscape of the game

But one thing i miss is how design wise there was much more tought behind Hugo’s anatomy.
His gigantic torso shaped like a (vertical) barrel with his huge heavy head on top, gave him an insane vibe of weight, unbalance and his stanting animation was perfect at hint somebody who can barely handle his own weight.
It was very cool how proportion wise was faaar from Gief-like

Abigail is much more childish as execution, but tbh the insanely wide shoulders creating the V shape was already there back to FF1 artwork days
Of course now has been exasperated

They say Abigail is full of synthol, wich will instant make him credible LOL
To be real i will not be surprised at all if they used some synthol freaks pic as ispiration doing the model

Btw i want this as taunt

He probably just swam across the bay behind his stage.

Of course, the water in New York might as well be sewer water.

in Mighty Mouse theme Here I come to shit on this!

Abigail is awful looking. His modeling is terrible. Just terrible. His proportions make no sense and it makes him look awkward as all fuck. There’s basic mistakes in proportion (and yes, I realize SFV has an art style to it…I’m not talking about that), body language, motion and stance all over the place. It makes him look like stiff shit in motion. It is the exact opposite of Hugo’s sprites in SF3 where his proportions and motions give him weight, momentum and legitimacy. Abigail has no weight nor legitimacy. He looks like the sort of shitty, out-first-game kind of garbage you’d see out of imitation fighting game companies back in the day. Or awful original Mugen work.

They kept his dumb ass upward toss from Final Fight…a move with ZERO impact that looks like the least painful throw in fighting game history. Lazy. If he had thrown people up like that then leapt and face-palmed then into a wall or ground or (and this would be funny) ceiling…it would work. As is? Looks terrible.

They did shitty design prep by having him also turn red. Yes, this is accurate with him in Final Fight…ergo they should have FUCKING PLANNED THIS and not had Gief also turn red. WTF Capcom? You don’t do design overlap like that in a game unless we find out Abigail is also using “Muscle Power” and is somehow linked to Gief. This is BASIC design shit. What the hell…

His alt designs are shitty. The story costume is meh…just his basic with some Tekken-style add-ons tacked on…and the battle alt is just super busy with no unifying theme or color. It’s probably the best and it’s still not good.

Capcom is so fucking retarded.

Capcom? Stupid, hideous Abigail who looks like he was made over a weekend and whose moves look weak as shit. Seriously compare this dude to Bane in Injustice 2 or even Hugo in any incarnation. Those bastards have throws with IMPACT that look like they hurt like hell. Meat Squasher? Leaping DDT? Shoot down Backbreaker? Bat-breaker?

This character is a miss on pretty much every level. I’ll almost guarantee he ends up being the worst character in the game or the best. No in between. I was hoping Abigail could be done well and be reimagined a bit to really be good. But nope. Never hope with Capcom. Ever.

If we really have to have this loathsome waste in the game, they should at least make his head more proportional to his body.

I know this is supposed to be the story thread, but good god man. I disliked Tekken for the longest time, but the top level play shown at EVO really makes me want Tekken 7. They put in a LOT of work to make things appealing. And announcing GEESE HOWARD was just icing on the cake. Meanwhile, this is what Capcom does to appeal to people?

I really have too much free time on my hands.

[details=Spoiler]- A story of EVO announcements -

A lonely cat walks on stage
Jubei: “Hi, it’s me, Jubei! The badass anime cat who has a sword for some reason!
I’m not really sure what the hell I’ supposed to be or what is going on in Blazblue story, but I assure you I’m the hypest shit ev-”

Suddenly a young man with blue-ish hair teleports on the stage, throwing the anime cat back to obscurity
Trunks: "Piss off! Nobody cares about weird anime like you, mainstream anime will rule the FGC!"
Trunks turns Super Saiyan
Trunks: “That’s right! It has already been written that Dragon Ball’s takeover of the FGC is all but inevitable! Soon the names of Street Fighter, Tekken, Guilty Gear, Moron Kombat, and most of all, MAHVEL, will all lie forgotten and humiliated before the eternal dominance of our vastly overrated anime from the '80s! I didn’t list Smash, because even a dumbass Dragon Ball character like me knows that Smash is not a real fighting gam-”

Suddenly, and epic Skeleton Man epically divekick into the stage, kicking the Saiyan back where he belongs!
SKULLOMANIA: “NOT SO FAST! Skullomania will not allow you to step on the hopes and dreams of those that don’t want the FGC to be ensnared by an overrated series such as you! Arika will save the FGC and lead it into a new era of prosperity and harmony. Sure, the animations in my games are still pretty much those of EX Alpha Plus, and Arika hasn’t made a big videogame in forever, but I assure you that the finished product will blow your socks off! Mh! Wha-”

Geese awkardly looks around
Geese ‘Motherfucking’ Howard: “… I said: who is ever going to challenge me?”

Suddenly a tiny but very happy Asian man rises on the stage
Ono-Senpai: "Herro, herro Ebrywun! Fenk you, fenk you fo’ support Sutoree Fighta and Mahvel Capcom stream. Becoz’ of you evry we tournmnt have game Mahvel Capcom Infinite, and ask you for a support this game. Fank you! So, today, I have something news to you!"
Geese ‘Motherfucking’ Howard: "Eh!?"
Ono-Senpai: "So, to be, watch this trailer. Purise!"
Geese ‘Motherfucking’ Howard: “What kind of preposterous language is that!? Hittite?”

[Extra Story 1 - The Prince and the Shill]

Jedah rushed to the stage
Jedah: "Hey guys, wait! I’m cool too! I know you knew I was coming from a month, but I’m still a sick announcement! First male Darkstalkers character in Marvel! Think of the social justice! Guys! Guys?.."
FilipinoChamp: "Man, I still can’t believe Jedah is in Marvel! I totally didn’t knew he was coming until Combofied showed me the select screen. I totally didn’t see it coming guys, so cool!"
Jedah: “Oh, fuck off!”[/details]

The Ono part is so painfully accurate, good lord

First male Darkstalkers character in Marvel that '09ers can remember! 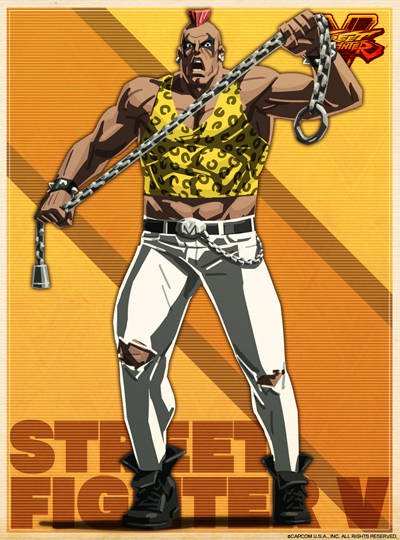 First male Darkstalkers character in Marvel that '09ers can remember!

You made my main (and god) cry, you little shit. Just for that, I’m going to curse the dolls back into their REAL forms.

ALL HAIL THE PHARAOH!

I was hyped for Abigail based on the rumors but yeah…bit let down by his implementation. His physique doesnt have any basis in reality. Unlike Hugo who has a strongman body shape (exaggerated of course). He isn’t a complete failure but damn he could have been a lot better.

He’s obviously sick.
Look at all the germs he’s throwing at Ibuki!

I was hyped for Abigail based on the rumors but yeah…bit let down by his implementation. His physique doesnt have any basis in reality. Unlike Hugo who has a strongman body shape (exaggerated of course). He isn’t a complete failure but damn he could have been a lot better.

It was really hype so much too that everyone was riding the hype, The thing is no one was really into Abigail from the start. I was expecting slightly taller than Hugo which should have been better and probably be usable in future game iteration.

I hope not, i really want to try him out

Whenever you have @bakfromon and @YagamiFire go into detail on why a character sucks…on the same page, you know Capcom fucked up.

Abigail is here to stay. Negative reception ain’t never stop Capcom before. It sure as hell won’t now.

Too bad he won’t be a reusable character, I just hope despite his height other character functionality when fighting him are still working decently from jumping so that he would never go into waste and just end up banned.

They should have tweak his standing posture and make him hunch the standing posture, it’s like Capcom just want to say his was taller and huge the rest it was meh design choice.

If you would look closely after his release he was Capcom’s failed attempt trying to have their Guity Gear’s Potemkin which was obvious. 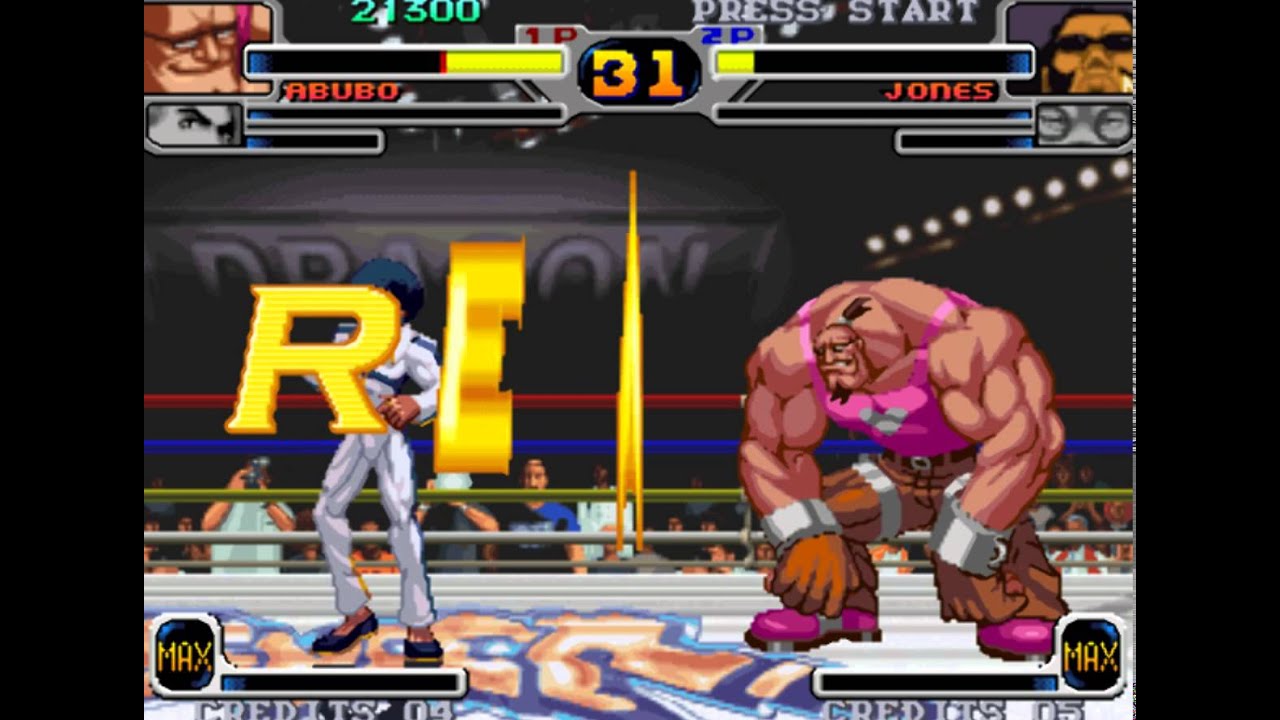 trying to save it, without twist the original concept too much You made my main (and god) cry, you little shit. Just for that, I’m going to curse the dolls back into their REAL forms.

ALL HAIL THE PHARAOH!

NO! NOT THE DOLLS! NOT FEVRIER AND DECAPRE!

Forgive me my pharaoh, it was Yipes that led me astray and fooled me with falsities about Jedah being the first male Darkstalkers character in Marvel during his commentary at EVO.

Then again, he also said that Chun’s face looked better in that demo version (it wasn’t), so I’m led to believe that he was more greased than training stage after a tense Hakan mirror in SFIV during that commentary.

[details=Spoiler]Now that I think of it, has anyone ever confirmed Anakaris gender?