Is Maki canon? I mean, Maki´s story in SFA3 is part of the SF lore, or not?

Yeah agree, so far Kolin is the only character that managed to have a succesfull distinction to every blonde girl personality. That is where Capcom is trying hard to do with Ken in SFV and SF4 then same with Chun li in MVCi. Both Ken and Chun attempts were failed.

I’m split. It took only a bit to get used to Kolin’s new face but I do dig her new nose and features (it gives her a lot of character), it’s just that I kinda miss Helen’s cute cheeks from the past. Overall, I still dig her.

(TFW you’ll never get a beautiful, combat-strong, Russian cutie to fall in love with you))

Oh well, maybe I’ll try Germany, I’ve heard they like black dudes in some parts there.

Count me as another who prefers “Kolin” to “Helen”.

And I was one of those who initially hated the change.

Also, yes, Ryu’s AASFZ entry mentions him going to Thailand alone to beat 20 Muay Thai artist before he fights Sagat. This is literally the scenario of the Karate Master manga (Karate Baka Ichidai) the fiction based off of Mas Oyama where he and his students go to Thailand to take on the best of the best. More specifically the last issue which tells the journey of Oyama’s student; Yoshiji Soeno, who journey’s to Thailand to face off against the best of Muay Thai. In this, he manages to defeat all his opponents, which piques the interest of Reibi, who finally agrees to fight against Soeno.

Of course, this fight would never come to pass as Reiba was murdered before the scheduled fight. 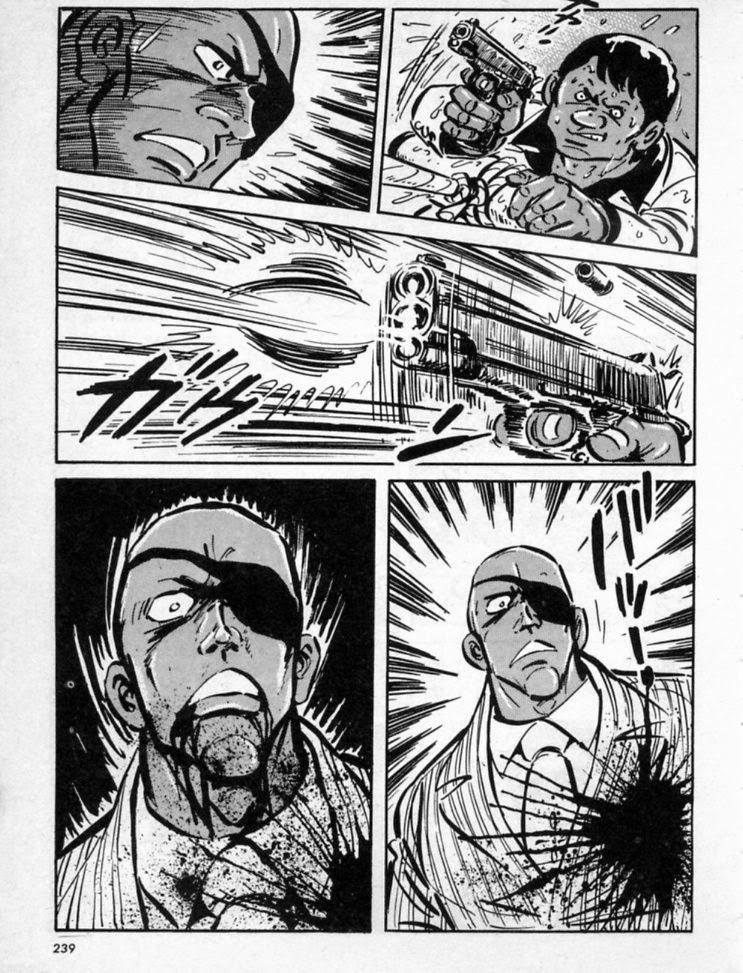 The events of the first SF as told in Ryu’s AASFZ entry basically pays homage to this work by not only providing the retold story of these events but also the dream fight of Soeno vs Reiba that never came to pass.

Ryu basically does the same as Oyama and Soeno and goes to Thailand to face Sagat. He figures out that since he’s basically a nobody in the fighting world that he would challenge enough random Thai fighters and beat them to pique the interest of Sagat. After he defeats 20 of them, Sagat finally decides that he should defend the honor of Muay Thai against the Japanese foreigner and challenges Ryu.

A lot of people have speculated that Ryu and Sagat are based on these 2 individuals for obvious aesthetic reasons, but this story is basically the straw that breaks the back of all the facts and proves it definitive.

From this pov, SF1 isn’t so much as a tourney as it is Ryu and Ken trying to beat each other to see who would be the first of the 2 to be recognized as reputable martial artists. Ken goes on to America to beat the American martial arts circuit, but Ryu goes for more traditional routes, pitting himself against the art of Muay Thai in order to prove his art to be the best.

The other characters of the original SF are basically irrelevant at this point. Even though they might appear in the first iteration, their stories are basically mute in terms of the main characters being Ryu, Sagat, and Ken.

In Kolin’s case while i appreciate her face from some angles (frontal view, from slighty above work best) she look awkward from many others… plus she lack expressivity

Also to me Kolin had already an estabilished look

(bigger version)
http://vignette1.wikia.nocookie.net/capcomdatabase/images/a/a5/Kolin_Gill_and_Dudley.png/revision/latest?cb=20141014021724
and aside hair being sfv-banana-color, ASF version was very loyal to it

It was also better as show off her bitch volatile nature, it was more expressive 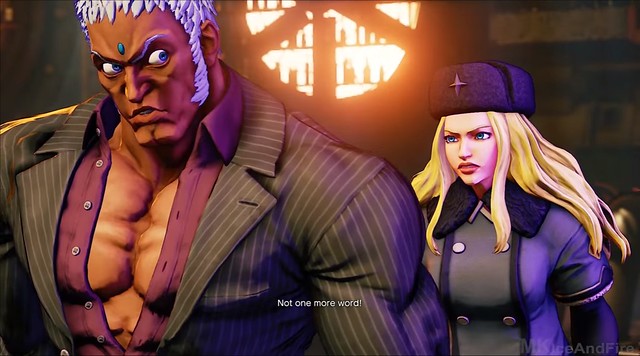 It also got a very distinct look, heart shaped face, long nose, low mouth and kinda heavy make up
She was’nt closer to the closest female face (Cammy) than she is now
They could have made her more unique keeping the original reddish honey-blond, but SFV love spam random banana yellow and is something both models got in common anyway

The new one at best (from some angles) is made to play the ice queen archetype, with cold sharp chiseled face that make her look like an ice statue… surely fitting on a superficial level watching her new fight style, but not so much fitting to the original char or what she is aside the “ice user” role

Overall i really like Kolin, one of the best 4 females (Chun, Cammy, Juri the others), but does’nt mean she could’nt been better

Also, I’ve been taking a break from the plot guide although I’ve been recording everything (info wise at least) in the thread.

What I’ve been doing in the meantime is this…

Also, I’ve been taking a break from the plot guide although I’ve been recording everything (info wise at least) in the thread.

What I’ve been doing in the meantime is this…

Everybody shot Sagat too

Never forget that Udon’s version of these covers had Sakura drawn in their own style and with the panty shots carefully removed.

Also, really thanks a lot for the videos @LordVega !

Old Kolin and New Kolin look like two different people lol. I don’t actually have this game, does the game revert back to “Old” Kolin when you replay story mode or does it use the newer model?

Dealing with Nash 24/7 will make anyone age faster

Dealing with Nash 24/7 will make anyone age faster

“Charlie…Charlie? Wanna go for a walk?”

“Charlie…sigh what do you want?”

“Charlie, it’s time for a bath”

“Charlie, what do you want on your sandwich ?”

Her face looked like a pillow with eyes, compared to the angular and slimmer face she has now. I also like that her new nose has a very distinct shape among the cast of characters. Distinctly beautiful.

It reminds me of that scene in ASF when Rashid and Nash infiltrate Shadaloo base (which apparently just leaves its doors open for anyone to go in and out. Hire better guards Bison, Jesus…).

Nash goes into “gotta kill Bison” mode, Rashid makes an extremely logical argument about how defeating Bison would be much simpler if they attempted to take on him while he was weakened by the deactivation of the Moons and with the support of Karin and the other characters (Rashid even realized that Karin’s plot shields in A Shadow Falls were so powerful she would have probably one-shotted Bison if given the chance). Nash answers with something that is dangerously close to a “Nah, that’d make too much sense. Stop trying to make sense out of this story Rashid!” and goes on his way anyway.

It was at that moment that I knew that Rashid was far too smart for the plot he was into.

Consider that her ASF model was NPC level, kinda poor/rough compared to official ones… think like Ed’s or Gill’s, but as draft it worked well to translate in 3D her SF3 design

I just finding it jarring that you have two different versions of the same character in the same game. REALLY awkward, its a bit of a nit pick, but if they have $5 to spare, I’m sure they can change the model to incorporate the actual playable version. Unless of course it uses a completely different skeleton so doing so would result in SF4 PC moves swap madness.