Welcome to The Switch thread volume 2 break into electric boogaloo

It’s also the first post no one looks at! This first post is dedicated to info about Nintendo’s newest Console, The Nintendo Switch! The sections below go over details about the console. The details will cover some need to knows about the consoles, accessories, online services and upcoming games. All prices listed in this post are in USD.

The thread title is generally used as a calendar of sorts for upcoming major releases whether they be for a game, dlc character, dlc expansions or any sort of Nintendo related presentation the company calls a Nintendo Direct

If you have any thoughts, questions or inputs on how to improve this first post feel free to tell me. Hope you enjoy your stay!

The Joy-Cons and Joy-Con Grip

(Not Shown: Joy-Con R has a built in NFC Reader under its right stick for scanning amiibo)

The Joy-Cons are the standard controllers for the Nintendo Switch. The controllers can be used in four ways and up to 8 Joy-Con or Paired Joy-Cons may be synced to system at once depending on the game being played or the mode within the game:

It has an internal battery and comes with a 6ft USB-C charge cable that can be attached to the Switch’s Dock. As well as the Joy-Cons up to 8 Pro Controllers may be synced with the Nintendo Switch Base Console at once depending on the title or mode within the game.

More info including price and colors for Joy-Cons and Pro Controllers in the next section.

Price for System and Accessories for base model switch

In addition to the Base model on the Nintend Switch there is also the Nintendo Switch Lite. Which is available for purchase now! Price is $199.99. Comes in Coral (Pink), Gray, Turquoise and Yellow.

Here is the presentation video and a website to break down of all the differences between the Standard and Lite model of systems!

How to Prepare your Switch for Trade-in or Sale

Other features and overviews

Online services are available for the Switch. The online service is called Nintendo Switch Online or as I will refer to it going forward, NSO. Unfortunately there is a subscription fee ($20/year or $35/year for family plan). The following link and videos go over what you get access to with an NSO subscription.

How to get started with a Nintendo Switch Online Family Membership

Each virtual console app is semi-regularly updated with new titles. Once the titles are added to their respective apps they do not leave the service after x amount of time like Xbox’s GamePass.
As another perk to having the apps: Sometimes the games released through these apps have never been released outside certain regions of the world or were released in limited edition style.

Examples of these situations are Vs. Excite Bike for the NES, which was never released outside of Japan and Star Fox 2 for the SNES, which was originally only available on the SNES Classic.

Lastly, In some cases Nintendo will launch “SP” version of a classic title. The SP versions dramatically change the game and/or how it’s played. Which leads me to the next section…

An example of an “SP” enhanced title is the The Legend of Zelda “SP”. When you play the SP version of the game you start the game with many late game upgrades like the White Sword and Magic Shield. You are also given a healthy amount of ammo for your sub-weapons as well as given a very healthy amount of rupees.

The point of these SP versions are not always an “easy mode” for players as not all SP versions give you perks. Sometimes they are level skips or where you are immediately transported to the end game.

Titles Available for NES on NSO as of 9/23/20! Newly added titles are in bold

Titles available for SNES on NSO as of 9/23/20! Newly added titles are in bold.

If you would like to purchase the wireless NES and SNES Controllers shown in the overview videos you can buy them in the links below:

The Russian puzzle game that took the world by storm has a new way to play. Its a free and exclusive title to NSO Subscribers. It’s aptly titled, Tetris 99 !

The easiest way to explain how the game plays is it’s Tetris Battle Royal. You play against 98 other players from all over the world while trying to survive the longest.

There are semi-regular themed online tournaments as well which are called MAXIMUS CUPS . By participating in these you can earn icons, themes, and other cool aesthetics for your Tetris 99 profile. Additionally If you manage to place in the top 999 players of that MAXIMUS CUP you will be rewarded 999 gold points (Equivalent to $10usd) to use in the eShop (See gold points video in “other features and overviews” on how to use gold points)

Below is the official reveal for Tetris 99

Tetris 99 has a DLC pack titled “Big Block DLC". This DLC Pack is $9.99. It unlocks various new modes to play. These modes include:

Unfortunately Nintendo is only making the game available to NSO members for a limited time. Mainly because Nintendo is dumb as shit.

Here is the reveal trailer and the launch trailer

How to play with friends and other users using your NSO Subscription!

For some silly reason Friend Codes are back on the Switch! If you are not sure where to find your Friend Code you simply click on your profile icon in the top left of the Switch’s home screen and then highlight “profile”. It will then display your friend code on the right. When giving out your friend code you do not need to add the “SW”. The switch already takes that into account when you type in the new Friend Code.

In the section below will be your fellow SRKer’s friends codes. If you would like to join in on the fun feel free to post or PM @Stuart_Hayden your friend code so it can be added.

We are also slowly trying to find days and times where a lot of us are free so we can join in on each others games. While nothing is concrete I will try to have some kind of event schedule of what games, what day and what time listed here in this section.

While there is no rhyme or reason of when these videos are announced or aired they “usually” happen every 3-4 months. They go over info about upcoming games, DLC, expansion passes and often time world premier announcements of titles that are coming to the Nintendo Switch.

In addition to the standard Directs Nintendo will often create a Direct that focuses on one title or an expansion for an existing title. I will list the most recent title focused direct below as well.

The Indie World Showcase videos go over games from Indie Developers similar to Yacht Club, Wayforward, Super Giant and others.

The videos below are the latest Nintendo Direct and Indie World Showcase posted by Nintendo.

The following videos or images are trailers, overviews and sneak peaks of upcoming titles, dlc and expansions, accessories and consoles, coming to Nintendo Switch. Many of which will be exclusives to system but there will also be much anticipated titles in the videos below as well. The dates next to the game is the release window or confirmed release date of the title.

Please Note : The content in this section will be removed after that respective titles/expansions launch date or once all DLC for that expansion pass/season pass has been released.

Amiibo for the four Champions: Daruk, Urbosa, Mipha, and Revali will be relaunching alongside #HyruleWarriors: Age of Calamity on 11/20! 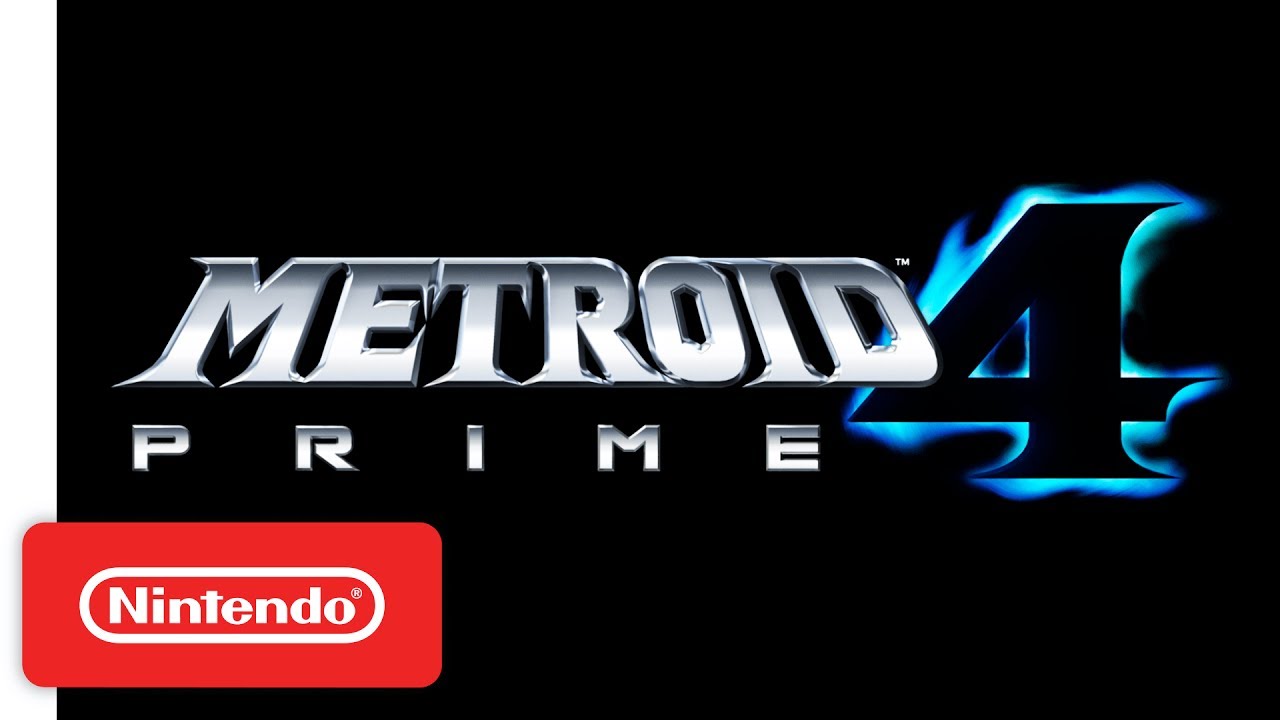 Monster Hunter Rise #amiibo are on the way! Palamute, Magnamalo, and Palico amiibo will be available @GameStop while supplies last beginning 3/26/21. #MHRise

Scott Pilgrim vs. The World: The Game - Complete Edition (Holiday 2020) 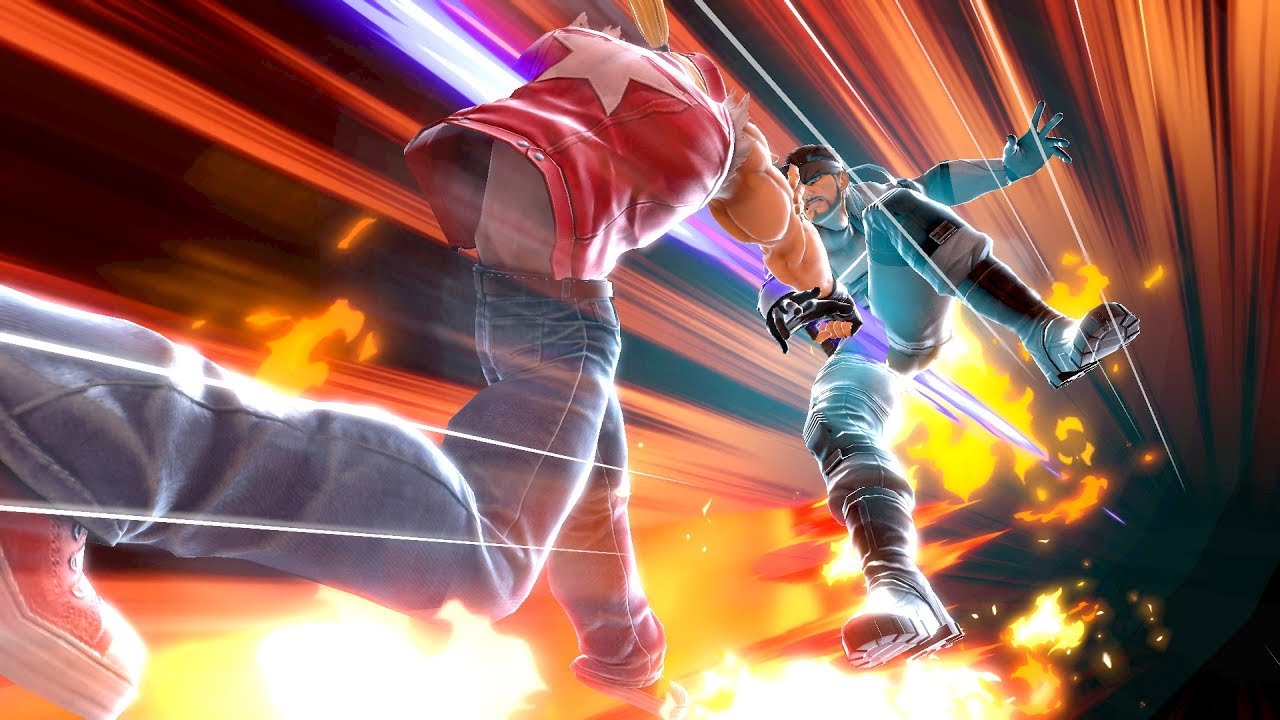 So it didn’t 1:1 copy paste over like I thought it did but it did enough to where I can recognize everything that needs cleaned up and it’ll be quick to do said clean up

Ill wait to hear if the MK9 rumors are true before buying MK8D. Looks like I might be purchasing Pokemon after all. Damn Gamefreak

I’ve only heard one MK9 rumor and it was near the end of last year. After that I haven’t heard a peep

Supposedly instead of getting a BoZ2 announcement we are getting MK9 announcement for Xmas or early 2021. Of course Covid has been fucking up all deadlines and timelines so dunno Ill just wait until end of summer see if there are any 1st party announcements. But for now I guess ill pay Gamefreak to disappoint me again

Well, since Nintendo has already told everyone who needs to know that there isnt going to be a direct until September at the earliest I wouldn’t be surprised.

That alone would make a sweet Xmas ngl

Also, i asked this in the other thread but I’ll ask it again

For those who have played XBC what Arts do you recommend I focus on? I just got Sharla and I’ve yet to spend a single AP on leveling my Arts. Lol

Here is the thing, if she gets her own, she maybe starting over from scratch with Animal Crossing. Nintendo is on some dumb shit where they don’t let you transfer your island saves easily. I don’t know if you can do a full system transfer so she gets it but depending on the games it might mean one of you are starting from scratch with some games you have.

Unless you already have it they likely won’t even be available until then, brother