Something I’m working on as part of the info for each character is rough hitbox sizes crouching and standing.
grouping characters by the ratio and general occupied area (so something like 80x65 WIDE)
of course most of the characters have some movement to their idle crouching and standing which is why everything was measured from actual sprites but rounded appropriately.

here’s the current info from largest to smallest (crouching).
Wide/Even/Tall is determined by if the rounded estimates for WxH have a difference of 10 or more. ‘Very’ is added on for cases where the difference is more than 20.
The total numbers mean nothing really, they’re just the rounded estimate width + height to give some kind of overall idea/groupings.

edit: Rearranged to better reflect and added some stuff…

as a friend:
please just post your stupid shit in your own thread.

as a friend:
please just post your stupid shit in your own shit thread.

I saved this 2 years ago. Looks like I added “SF frames” to the filename.

Who made it? Are there more?

Was it just a concept?

-Found it in a few other places on the web 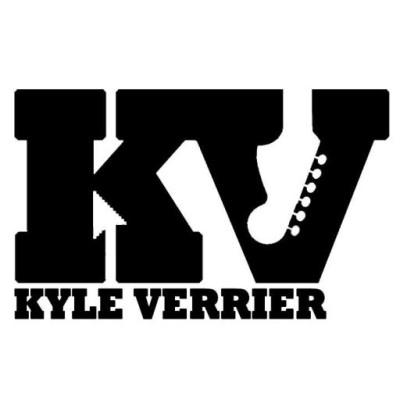 SRK topic where someone else found it:

here is the first showmatch, pretty good use of replays. I was googling pics on frames and something similar to this could work to pop on the screen an explain a concept with some help from a good commentator. [image] My reply to that would be that taking time to explain things pays you back in the future in the way of people coming back to view more events, felling more involved and possibly pick up the game. The m…

Two thoughts The base idea of visual or video depictions or hard to explain things like the different types of frames in an attack is pretty brilliant, and not to hard to accomplish for someone with the capability. The second is that, while not a bad idea, taking that much time between matches significantly increases the time of something like a to 8 or top 16 when each match is played on stream, at a time when a lot of tournaments run into time issues already. But in general I think the idea…

That’s neat.
I didn’t intend to go that far with stuff but I easily could for a few choice normals. Just to illustrate why they have invincibility or their funky/really good hitboxes.

I just realized that, that art makes it look like Urien’s about to do Elena standing up.

The github link leads to an interesting application which purpose is to train combo execution:
http://electric-window-8954.herokuapp.com/

Reminds me a web app i started a year ago, to visually train confirms.
Don’t have enough time to continue now, but i think accuracy is quite good for such an embryon of application, i’d say around 1 frame off.
http://hitconfirm.esn3s.com/hitConfirm_spritesheet.php

It’s really buggy and uncomplete, you may need to refresh page quite often, to load image and also when it crashes…

found this on pixiv years ago
this piece of art is called "inoue japan"
gouki still asking sorry for that arrogant leap
i like it quite a bit
at one point,considered using it for my ps2 stick
then the plot got lost

not 3rd but close enough

You should draw some 3rd Strike characters in a series like this but using the art style from different eras of Street Fighter.

You should draw some 3rd Strike characters in a series like this but using the art style from different eras of Street Fighter.

Somebody did something of the sort, our fighters being popular enough to be requests and he’s done work for Capcom before in comics I think

click the arrows on a batch to see more in the series, like a hidden behind the screen character select.

Then somebody did this…

Oro is a big success! Don’t know about the others, poor Ibuki

^ Interesting how the creator signed his work. Don’t want to miss out on copyright $$$. Or maybe for his portfolio. Eternal fame.

I’m going to be slowly adding stuff to this again. With some actual graphs but I thought I should just post some data for discussions.

Throws come up a lot. That some seem faster or just different, ranges are confusing, etc.
So what I compared was actual throw range which is the range of the throw hitbox extending from the character pushbox AND what I call ‘visual throw range’. Visual throw range is from the tip of the characters passive hurtbox (hittable box), not the end of the pushbox. This comes closer to representing what things look like when you see a character idling or walking as far as where their feet are and how far their throw extends beyond that.

Urien and Necro both do not have extremely remarkable throw ranges. Slightly better than Ryu.
But their visual throw range is way outside the norm. This gives the effect during actual gameplay that their throw range is very big. Which also usually makes us feel their throw might be faster than normal (because we are grabbed from a further range than seems normal)

Moves just means they move some amount. Oro moves like 1 pixel but it counts! Twelve and Remy both move quite a lot when throwing. This gives them a unique advantage. It means that while visually they don’t appear to have very extreme ranges (like Necro or Urien) it allows them to be safe before throwing potentially. Since they effectively teleport (like a kara throw) their range is deceiving also.

Sorry Elena people but she is just a mess since her hurtbox and pushbox move around every frame. I could do a range but I’m lazy. Eventually I will add it.

Some more random info without any graphics (lazy)

Even though its the most basic one and most people don’t diverge from that, like its all you need, or maybe all that’s out there once they see it and don’t look for more since its not easily found.

Maybe a nice visuals one on health values as a good starting point for new players could be cool. To go along with the walk speed one, that has never been done before and is really cool. Even in a basic unfinished state,

As it can influence decisions a little bit on character choices, maybe you see more new guys try out Urien Hugo and Q just on health alone to start with, being able to make more mistakes. Or it can tell people to be a lot more cautious if they are going to start with a very low health character, Akuma Ibuki, the Twins.

Then if they learn more damage comes from being hit while crouching, combining two facts like that can improve defense and reactions by watching out for yourself. You don’t want to get hit because it will really hurt and you die fast. Keeping offense tight and clean too so you’re never hit, but defense makes sense to learn first, when its always just taught by the games just combo trials and training first and foremost, all offense.

When they should teach stuff like, after getting hit with a Super: Try to block the next thing no matter what. You have a lot more time to watch the opponent since he has the advantage and you’re knocked down and can’t do anything, but you can pay attention and see their approach. Watch them the whole time when you couldn’t before while trying to hit your attacks and maybe concentrating on what you want to do. Its not so cut and dry with Chun reset, Makoto juggling you around, and lots of stuff but something to think about besides: “Just don’t get hit.”

It even teaches about using taunts, something we take for granted when we already know it. I’ve seen a Q player not do it once. Picked Q vs him and did it but he didn’t pick up the reason for the 3 taunts. Maybe thought I was just messing with him, rather than knowing its to get more health/better defense. Should’ve just shot him a message.

Hugo doesn’t have to but he can, he looks scarier or like more of a jerk though and make people want to hit him more when he does though, most people know with Q, they don’t with him.