He has two extra buttons. I don’t know what one does (I am guessing a re-mapping of select for plinking), but the other is mapped to the up direction to let him do Akuma’s U2 in situations you may not otherwise be able to do it (someone else would have to confirm this), or ease execution there.

I don’t know if he used it at previous Evos because I didn’t see it.

I recall Full Schedule’s stick that had buttons mapped to two directions (up+back) may have been banned, although I am not sure it was ever reconsidered in light of future discussions:

What he asked though was mapping directional inputs to a button. Up is fine, up + anything else is not. 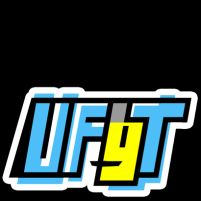 During Final Round 17, an interesting and complicated issue was brought to people’s attention concerning the player “Full Schedule” and his custom arcade stick.  His stick has the…

Anyone got a pic? I heard it was a stick then I heard it was a hitbox, so I don’t know really How would you even go about making separate buttons for each diagonal while still keeping the cardinal directions intact?

It’s a bit questionable since it may allow things that were not intended (raw akuma u2s), and it duplicates inputs found elsewhere, but I guess if a person wanted 3 fierce punch buttons, it doesn’t sound so bad.

The rules do not clarify this. http://shoryuken.com/evo-player-guide/evo-additional-rules/

What is the official ruling here? One button + something else is bad, one button that is already mapped elsewhere is ok? So a stick could have the entire direction pad duplicated elsewhere? (up, down, left, right)

Would really like to get an idea about the legality of this.

Given that Tokido already used the stick at Evo presumably (I didn’t see it) and no fuss was made, it has to be OK, right?

Wizard’s tweet seems to make it clear that such a mod is legal. Mapping a single direction to another button is fine, mapping two is not.