So i’ve been doing a hobby project on and off for about a year now, researching the history of the FGC (for a video datebase spreadsheet thats currently completed up until 2002) and recently i stumbled on to something i dont think alot of people know.

Digging though alt.games.sf2 for more information regarding the early days of SF around 1991-1993 i stumpled upon the normal Tomo Ohira threads, with a slew of mis-information ranging from his name, being 100% unbeaten, to what characters he played and what tournaments he won.
Information on alt.gamers.sf2 has Tomo Ohira winning the very first Capcom hosted tournament “Capcom U.S.A’s California Street Fighter II Tournament”

But that made me remember something i saw a long ass time ago.
This video: https://www.youtube.com/watch?v=W2ZKjgBm6Io
That is the video of Tomo’s small interview outside Super Arcade where he talks about a player called Tony Tsui.

That started the hunt for the article he was talking about, as i havnt seen that tournament talked about or mentioned anywhere and yesterday, after about a month of reading magazines i found it: 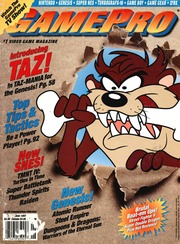 And low and behold, the winner of the tournament that everyone at the time thought Tomo Ohira won, the only offical Street Fighter 2 World Warrior tournament held by Capcom, was won by Tony Tsui.

Oh i should prob clarify.

The reason for the asumption that Tomo Ohira won the California Regional Capcom championship, is actualy Seth Killian & Tom Cannon (who at that time was sort of the “dudes” of alt.gamers.sf2). although not entirely their fault.

One newcommer to the community actualy gave accurate information that the tournament at Yellow Brick Road was the SoCal qualifiers but over the span of a year, that information got lost in all the screaming and shouting that took place and for some reason that tournament was regarded as the championship itself.
This mistake in information was certainly helped along by the myth of the living SF legend in California “The Unbeaten Tomo Ohira” beginning to spread around december of 1992 after the completion of this tournament.

So after alot of different people started pointing out that Tomo Ohira won the tournament Seth Killian & Tom Cannon did aswell and their word had an aura of finality to it at that time so it was quickly regarded as a fact, that Tomo won the capcom tournament, when infact it was the SoCal qualifier that was mistaken as the tournament itself.

Is this where they banned Guile’s handcuffs?..

There is nothing i’ve found “so far” that suggest such a rule was in place.

A copy of the rules used in this tournament can be found in the
“Street Fighter II (SNES-ARCADE) GamePro Official Strategy Guide”
At the very back of the issue. (in a very rough outline)

Two very interresting points about the tournament rules:
1.) This seems to be the very first tournament to use the now standard American style tournament ruleset with a Winners/Losers bracket, with the winner being character locked until he/she looses a game.
2.) Not discribed in the GamePro guide is a rule that was in place at this tournament that made it illegal to pick the same character after you lost.

So its very possible that the reason Tony Tsui won, was down to him having a pocket Dhalsim (what characters he used, is completly unknown… there is one person still somewhat connected to the FGC that would know for sure and thats Mike Watson) what is known though is that Tomo was a Guile/Ryu specialist (some posts on alt.gamers.sf2 claims to have seen him having a beastly Blanka aswell) and if you have ever looked into competative aspect of SFII:WW the tier lists basicly boils down to this.
S: Guile -> A: Dhalsim (the only character with a even matchup against Guile) -> B: Characters that has a 40/60 chance against Dhalsim but loose to Guile -> C: The rest who cant beat Dhalsim or Guile -> Ryu
Or he was just better in the Guile v Guile mirror… who knows. Its pure speculation.
(Mike Watson has said in the past that Tomo lost a tournament under “stupid rules” to Tony, im quite sure this is the rule he’s talking about)

Was this on the arcade or on the SNES?

From what i’ve been able to gather, Tomo Ohira played in ~80 or so tournaments from 1991->1994, with 3-4 of them being big/major tournaments.
Of those ~80ish tournaments two has been mentioned to have been played on an SNES, one tournament in a store and one held by a radio station.

There weren’t mirror matches in WW, unless I’m completely mistaken?

Only mirror matches in arcade World Warrior is Ryu/Ryu