The robots will return Summer 2011

Director Michael Bay has announced on his official website the release date for Transformers 3 and says they are jumping right back into it! Oh, and he included a note to Megan Fox as well…

Today is Day One. This morning started with an ILM meeting for five hours in San Francisco. Currently I’m flying with writer Ehren Kruger to Rhode Island to talk to Hasbro about new characters.

P.S. Megan Fox, welcome back. I promise no alien robots will harm you in any way during the production of this motion picture. Please consult your Physician when working under my direction because some side effects can occur, such as mild dizziness, intense nausea, suicidal tendencies, depression, minor chest hair growth, random internal hemorrhaging and inability to sleep. As some directors may be hazardous to your health, please consult your Doctor to determine if this is right for you.

Pain and Gain is right after shooting of Trans 3.

This puts it up against the Peter Berg-directed Battleship, also based on a Hasbro property, so we’re guessing Universal will be moving that adaptation somewhere else.

Transformers made $709.7 million worldwide and Transformers: Revenge of the Fallen has made $832.4 million.

The summer of 2011 is shaping up to be quite amazing. You can check out the May through August releases that year here. (And don’t forget Pirates of the Caribbean: On Stranger Tides is scheduled for Summer 2011 but doesn’t have a firm date yet!)

UPDATE: Universal and Hasbro have already moved Battleship from July 1, 2011 to August 5, 2011, so Transformers 3 now has the spot to itself.

I wonder what they’ll blow up this time. 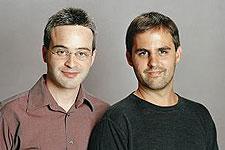 Roberto Orci and Alex Kurtzman NOT to write TF3

Seibertron.com member Optimutt has just informed us of some recent rumors that have, apparently, been put to rest concerning Transformers and Revenge of the Fallen Scribes Roberto Orci and Alex Kurtzman. According to his post, Orci and Kurtzman...

Orci and Kurtzman are out from all appearances.

What the hell? I’m just going to pray it wont be as bad as the 2nd one.

But I wouldn’t be surprised if POTC beats this movie…that is if POTC does come out on 2011.

Pretty much this.
The first two weren’t good. The third probably wont be any better.

I didn’t even bother going to see the second movie.

Michael Bay needs to be kicked in the balls a couple times… stop raping my childhood you prick :annoy:, the only remotely good thing I found about the Transformers movies is that Peter F-N Cullen voices Optimus Prime, that’s it :bluu:

Damn this is a little quick, but Bay is a little crazy so he can only go without blowing shit up for so long.

So let the lame “He’s raping my childhood!” replies begin.

Since the theme they’ve pushed with these movies is bigger and badder…I’m certain that we’re going to see Unicron as the main source of conflict.

Yep, I do believe they still have Unicron to go (no more Orson Welles, though).

And he better be fuckin’ epic. :mad:

For the record, I really liked both of the new movies (more so the first).

For the record, I really liked both of the new movies (more so the first).

Me to. I think they’re both fine movies that entertain, with the first one being better then the second one.

I think my 15 year old sister is into transformers or something, they’ve done a great job butchering this franchise right from the start.

That’s what I was saying halfway through the first one.

Dr. B wonders how the fuck that movie got so many accolades. That and Benjamin Button. Garbage-ass films, beloved. Makes you wonder why Dr. B bothered dying for our sins.

Shrug, I liked the first one alot, thoiugh not perfect it was enjoyable. The seconbd one needs to just be blown up.

Shrug, I liked the first one alot, thoiugh not perfect it was enjoyable. The seconbd one needs to just be blown up.

The first was damn awesome. The 2nd was hot garbage. This one, I’m not having high hopes for.

as long as we keep the racists jokes out im good. no one needs a jar jar binks robot.