hi guys, im completely new to this so im gonna need some help, i found a modder in my area who will do any job cheap, so long as i have the parts.
i plan to make my ps3 TE stick work for 360 and wii and ps3 all within one usb wire. i jus wanna make sure of the parts that i need to bring in to the guy b4 he does the job…
currently i have a fightpad pcb, so that takes care of the 360 part right?
then i know to make it work for the wii, i need piiwee, and thats 25bucks assembled.
then i heard i can make all this work under one usb wire, so to do that i need an impswitch? which is like 12 shipped?

so yeah im jus asking for some help b4 i buy or forget to buy some things…in short, what do i need to tri-mod my ps3 te stick to work for 360,ps3,wii, all under 1 usb wire?

wii doesn’t work via usb…
best way is to have an RJ45, you’d have VCC, GND, D+, D-, and the 3 other wii inputs, leaving you with just enough for an RJ45 mod. Then you’d have to make detachable cables for it

i dont even know what that means haha, but i guess i just wont do wii then sounds like itll be too expensive, thanks mr. mortified.

Mr Mortifed is right you need a DPDT or Double Pole Double Throw switch. It is a switch instead of just on and off, it can switch the source of 2 separate wires to one of 2 other ends which also have places for 2 wires.

Here is a older knife style DPDT switch, here you can better see how a DPDT switch works 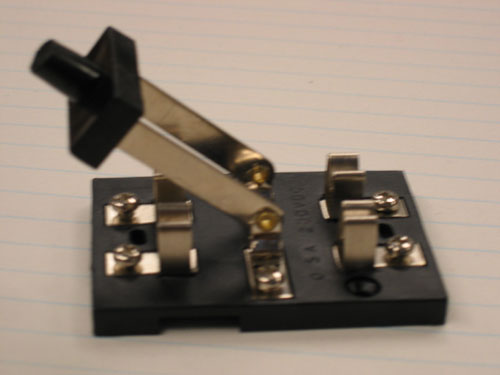 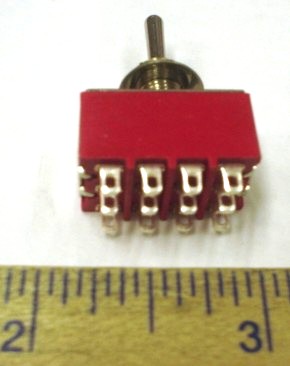 And Imp sort of works like a DPDT switch, but instead of hitting a switch to choose modes, you hold down the guide button to switch the input to make what ever board you designate as secondary to be active. Toodles is working on a auto-detecting imp switch where the imp auto switches which circuit board is taking over.

As far as the Wii is concern, yes you need a PiiWii (or similar kit) which would run via a cable that plugs into your Wii remote and not USB. the Wii cable would have to be a separate cable from your USB cable and will not require being attached to a DPTD switch or imp.

An RJ45 is essentially an ethernet port. You can buy ends for them at lizardlick.
Basically you’d have your 4 usb inputs going out into 4 terminals and your wii taking up 5 terminals. However since the ground and power must be linked at all times, you’ll have to share them between your boards, meaning you will take up 7 slots of the 8 in an RJ45

edit: also thanks for spelling me right :3

An RJ45 is essentially an ethernet port. You can buy ends for them at lizardlick.

I didn’t think of RJ 45 when I replied, then again there are a few methods to making detachable cables, RJ 45 is just the easier and more common type of connector used for this kind of mod. Din 8, DB-9 and a few others are different connector types that could be used. Since the OP wanted just PS3, Xbox 360 and Wii, they can have both the USB cable and the Wii attachment cable directly soldered to the circuits in his stick, but thats up to the OP and the person he is hiring to mod his controller.

here, so you can see visually what modding a ps3 Te with a fightpad using a dpdt looks like