"useless" normals. Which character has the most, which has the least? And do you have uses for them?

Now every character has at least 2-3 normals that are pretty much useless. Either the normal is just outright bad, or perhaps it is basically the same as another normal that covers a similar situation but doesn’t do it nearly as well, or it is a normal that only is used for such a very specific situation that almost never comes up.

What are some of the normals you feel are the most useless? What character do you think has the largest number of consistently useful normals and what character has the least?

For me, I think Fei Long has the largest number of consistently useful normals. I’d say that IMO the only useless normals or less usefull at least are his close s.MK and far s.MK. cls.MK is basically better covered by his cls.HP and far s.MK is better covered either by his far HK or far HP depending on what you are trying to do. All of his jumping attacks I THINK are useful but I could be wrong.

Even his f.HK I occasionally see get used at high level (though pretty rarely.)

Cody is pretty high up there too for USEFUL normals, but his fj.MP, nj.HK, nj.LK, nj.LP, close MK, and close HK are pretty much useless. NJ.LP I think is the most useful of the useless moves with fj.MP being 2nd (9F startup 3F active with a huge hurtbox but it is a wonky positioned hitbox that messes with some people and some AAs.) even Cody’s far LK has some use (though generally it is simply better to go for either far LP or far MK for situations you’d use far LK. It still has it’s uses)

Of course, if you count Cody’s KNIFE normals he is probably #1 for “most useless normals” but that is a debate

I think Cammy’s sitting at 100% useful ground normals. Every one can be used in combos or then used as a poke. Jumping attacks not so much. Well really they just aren’t mostly used even though they aren’t that bad.

If I had to come up with useless normals I’d argue that Chun-li’s fwd. MK is useless in a game with focus attacks. It also happens to out-prioritize hard kick in inputs making you leap forward. Of course it isn’t that big of an issue since even that f. HK is something that you don’t accidentally want to press it. I just think she would just simply be a more solid character without it. Now you’ll see it only if somebody messes up an ultra or a far MK while walking forward. A kara-cancel for it would be nice.

Yang’s cr. MP is, as far as I can see, useful only during super. I actually suggested giving it a lower hurtbox in the CU balance request threads. A lot of people asked for cr. LK to get the lower hurtbox it used to have but I think it was too good back then. 3-frame start-up, crouch- tech, low profile and lead to 380 damage.

Rose’s far HP and MP are both pretty useless. The best use I’ve found for f. HP is to bait somebody to jump since the animation has a similar animation as her fireball has. It works like once and only against people who are jumpy.

Actually most of Gen’s buttons are useful but in the crane stance there’s a few that you really aren’t ever going to press unless it’s by accident. It’s not higher than the average amount to me though.

I think Dee Jay is the king of useless buttons. I think he has his crouching lights, slide and crouching mediums and that’s it. Aside from that the’yre just straight up bad.

Cammy’s close s.HK is pretty much completely useless, and AFAIK there isn’t any use for her cls.MK either (frankly the fact her mp/hp/lk/mk are all 4F startup and special cancelable kind of makes it really easy to just not use some of them and always go for the optimal damage/frame trap)

Yeah deejay def has a lot of bad buttons. Though some of his ‘bad’ buttons are better than they seem he does have a number of ones that are just flat out useless unless you want to lose the match.

Adon I think is the king of normals that are better than you’d expect from their awkward animations.

Yang’s cr.MP I think is goodish it has a decent hitbox (though a large hurtbox) decent reach and hits low. Plus it’s got really fast recovery compared to his other lows. Overall though it is a bit gimmicky and mostly only useful for enbu as you said.

I don’t see the use of Seths cls.mk, you can always use it to tick throw SPD but he has other normals with less recovery. Kens far mk I rarely use, though I think it can blow up crouch tech. 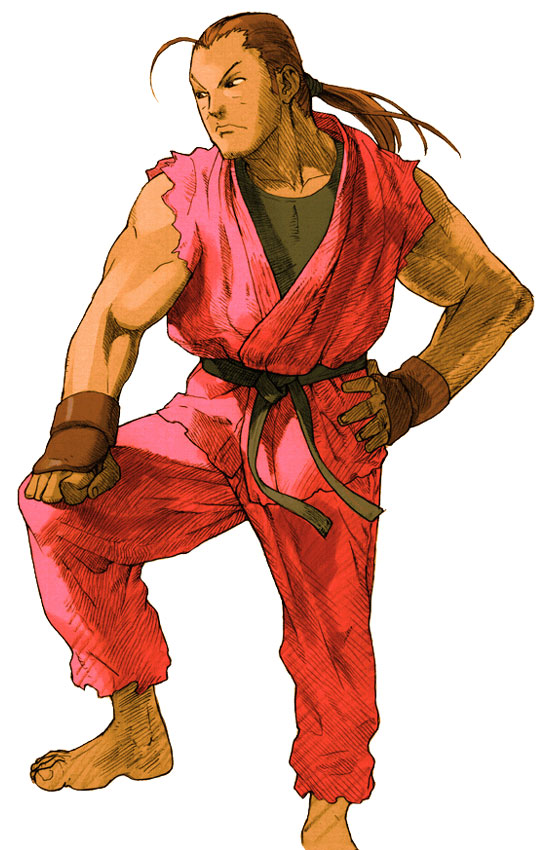 But Dan does have some decent normals:

Rose’s far HP and MP are both pretty useless.

Far fierce is pretty godlike at anti-airing most divekicks. Far strong isn’t the best but it has a deceptively decent range close up.

What character do you think has the largest number of consistently useful normals?

Dunno about other chars, what Juri uses all of her normals other than LP all the time … and even then, s.LP has it’s uses (j.LP/c.LP are bad tho)

Make cl.mp a command normal for Gat, like say back mp.

Balrog has the worst normals in the game. His HK poke is terrible, as is his sweep and crouching HP anti-air. And that 3-frame jab? Horrible.

Funny thing, I made this thread, only 2 days later I found a use for Cody’s cls.MK and then on the SRK main page today was a post about Ken’s cls.MK as well. Useless normals becoming useful(ish)!

@Vulpes where have you been? I really need you here for a good laugh.

@Vulpes where have you been?

Either nowhere or SkullGirls. SRK is uber ugly since the switch and SF4 grew boring.

I really need you here for a good laugh.

Most characters have air normals that are completely useless. eg. Most neutral jump j.lk/lps

There are certain normals though that have no use whatsoever.
eg. Blanka far st.lk
5f(!) startup, 30 damage, not special-cancellable, -3f on block, 0 on hit.

close st.hp and close st.hk are also pretty bad. You never see these get used unless by accident. If you’re lucky you can maybe see a close st.hp into super once a year or so.

For me, Guy’s standing HP and most of his neutral jump kicks are useless.

Funny thing, I made this thread, only 2 days later I found a use for Cody’s cls.MK and then on the SRK main page today was a post about Ken’s cls.MK as well. Useless normals becoming useful(ish)!

Not sure what was posted on the main page(don’t really read it anymore) about Ken’s cl.mk but I’m pretty sure it allows you to link the second active frame of s.lp. Combos!

@Vulpes Not an insult man. You crack me up when I’m just lurking.

Since I am using Bison and Hakan mostly, I don´t like Bison´s Far HP and his CR.HP, can´t find any use for them, cause they are too slow for me and his ST.HK is more godly than his Far.HP, when used at the ground game. His CR.HP looks like an AA, since it is too slow, there is no use for it, even ST.HK is a better AA(but use it from a more advanced range) or use something else. Both of the mentioned HPs are not special cancelable, however it doesn´t matter, cause you won´t use them, only by a mistake. I don´t even now, how his Far MP looks like, if you have a good MK and HK, then this happens.
About Hakan, I don´t like his crouching punch normals and his standing kick normals, the rest is fine, but having 1 frame links in the majority of his combos is still frustrating, combined with the fact that he doesn´t have many special cancelable normals.

One distinction that should be made. There are some normals which aren’t horrible, but on the same character there are better ones. For instance the shoto close s.MP often isn’t as useful because in the same situations the HP buttons do the same function.

Worthless IMO would be a button that basically isn’t even good in the situations you could use it in.

Guile and Balrog are pretty up there in terms of useful normals imo.