Who Do you Hope Wins - Democratic Primary Edition

This goes to all out there. Who do you hope wins the Democratic Primary?

Note: I only added the names of candidates on the ballot who are poised to get the nomination or a statistically significant portion of primary votes.

Hillary. She’s better at the politics of politics and she has all the delegates. Bernie can’t really moderate himself and while he does better with poor whites and Asians, Hillary has the black, Hispanic and Jewish votes locked down.

Bernie has great ideas and ideologically, he’s where the DNC should be in 10 years. But he won’t be able to do much in a divided Congress when compared to Hillary who knows how to wine and dine and get shit done. I say this as I have look at my Bernie 2016 shirt that I wear across campus.

More like “The blacks should be voting for Bernie! He marched with MLK.Jr! He’s one of them!” -Reddit

I’d prefer to see Sanders as Hillary is basically everything that’s wrong with Washington.

That said, I’ll be surprised if he makes it. For one, his age is bound to raise questions about his health like it did for McCain. Plus his being Jewish is another thing I’m sure a lot of people are going to make a big thing about, though with that said, I didn’t think Obama had a chance either and look how that turned out.

Sanders is really the best choice in a field where we don’t really HAVE any other good choices. Rubio is the only one on I’d consider voting for, but it seems like he’s getting buried.

Bernie, because even if he cannot achieve all he wants for obvious reasons, just to have someone in willing to put it out there and push the issue is something we’ve never seen before.

One of my criticisms with all presidents, including obama, is theyre not dedicated. Theyre all still shills, afraid of destroying the varying paradigms in this country that are simply false. Its why you can get the leader of your country to stand up in front of the world and say women make 22 cents less more than men, and thats okay, even though its extremely misleading at its best.

Its why you can get a president (obama) that tells you he has whistle blowers backs, and the edward snowden situation is what it is. I dont think obama has been horrifying for the country, and a president has clear limitations. A president also has a responsibility to not initiate chaos by dropping truth bombs every week, that we’ve never heard before.

But honestly, i just think its because theyre all playing the game, and theyre all afraid of the ramifications for truly going against the powers that be.

Its no shocker that jfk, lincoln, and garfield, all presidents who opposed the federal reserve/big banks, all got fucking assassinated. There is a reason DC is littered with esoteric symbolism, and its all over our fucking money. You gotta watch how you step, or get taken out. There is a reason the CIA acts with impunity, even against citizens of this country, and no one goes to jail over it.

So in long short, yeah, i think bernie is the guy willing to die for the betterment of this countries people, by educating them, and rallying them together against weak people who manipulate the world through basic means of divide and conquer. Illusions we’ve all bought into, and need to wake up from.

**Hilary is just going to keep that shill movement going, and im sickened by the amount of blacks, latinos, and women who just blindly have chosen her as their representative. In a day and age of vast amounts of free, verifiable information, to still choose hilary is nothing short than an act of belligerent ignorance. **

We need one more O’Malley and the poll would be dick-shaped.

I’m hoping we get Trump v Clinton because it’ll be straight comedy. 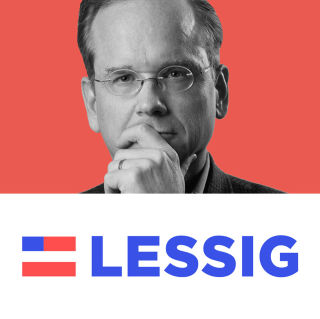 But if they continue to rob the public of his ideas, I will have to go for Bernie.

Sanders, because Clinton wouldn’t be President in the event the Republicans lose another election.

I don’t see Mew2King as an option…

I vote for the Banhammer.

Wanna see Putin backhand her back into the 50s.

Wanna see Putin backhand her back into the 50s.

Hard to do that when your economy is going chernobyl.

I mean, who else? Bernie is right in my wheelhouse. Well, mostly. Of the choices we have, he’s in my wheelhouse. Hillary is going to get the nomination though. Democrats, unlike Republicans, can’t win when they stray so far left (I say this fully realizing Obama won on socialized health care, or good PR, one of those). Bernie can’t rally undecided votes as much as Hillary can. She feels safer to middle of the road white voters.

I’m for Bernie. Most Black people have no clue who Bernie Sanders, meanwhile “Clinton” has always been pretty much synonymous with Democrats, it seems like Bernie is changing that, though.

I was talking to my boy about it and he thinks Sanders un-electable, so he would rather Clinton get the nomination and cruise to a win than risk Sanders losing to Trump/Cruz/Rubio. Rubio is probably the only Republican I’m scared of, but since it doesn’t look like he’s gonna get the nomination, I think Sanders can bring it home if he get the opportunity.

realistically speaking, should bernie sanders get the nomination, do you guys think that he can win and if he does win do you think that congress will work with him at all?
just curious.

i’m undecided for the first time ever specifically because i’m stuck with who i want to win in my heart and who will probably win in my head.

The fact that America is turning to fringe candidates like Sanders and Trump might indicate how the general population is feeling about the political situation.

I think the Republican party is too fractured for them to win. I don’t think Republicans are going to be the major conservative party in the future unless they change something (specifically reducing the fanatical element and push more moderate conservative candidates). The truth is, if the actual electorate got out and voted, the Republican party would be dead in one voting cycle. 81% of the eligible voting block is a person of color, a woman or someone under 35. That leave 19% as white males over 35, the primary demographic of republican supporters (only about half of which vote conservative). However, the truth is, only a small percentage of voters actually make it to the polls (or have bogus laws thrown as roadblocks to doing so), so the party of the loudest voice and fear tactics continues to be a thing.

Even as a lefty, I still believe this country needs both points of view, but the root of conservative thought, fiscal responsibility and reduced government, doesn’t sell as well as Jesus and guns. So they will continue to slip until we see something more akin to Hillary vs Bernie for president. Or Jesus and guns will win and we’re all doomed.