The World Game Cup is back !
1st edition, 2004 : American players win (vs France in finals) what was the biggest Soul Calibur event ever held
2nd edition, 2006 : Japanese players win most trophies
Who will win 3rd edition ?!

The World Game Cup’s goal is to bring together the best fighting game players during 5 days. It is held in the renowned Palais des Festivals at Cannes, during the “Festival International des Jeux” (international games festival). This event will feature solo tournaments, team tournaments, and exhibitions matches. As it is also intended to be a show, all events will be viewable - for free - by the audience.

The World Game Cup will hold several “open” tournaments : any fighting game player can attend without prior qualification.

The World Game Cup is made of two parts :

You can register on the website (open in November 2009), or directly at the event. We recommend online as there might not be enough openings on the spot.

Only the “Main Event” tournaments will have a cash prize. 100% of the subscription fees will go to the pot, bringing the total amount to over 10.000 *

Our sponsors, cash prizes dispatching, schedule, rules and registration process will all be put up on our website in November 2009

While waiting you can visit the Gnouz Corporation website (French) :

Topic about the event :
viewforum.php?f=195

There’s is around 10,000 spread across THE ENTIRE EVENT based on HOW MANY PEOPLE THEY GET.

There is NO guaranteed money.

now the big info of the day

so now we are waiting for us champions…

Why is seth banned? There’s been no evidence over the thousands of tournaments that have been run since SF4’s relase that he is anything even close to overpowered.

Why is seth banned? There’s been no evidence over the thousands of tournaments that have been run since SF4’s relase that he is anything even close to overpowered.

Apparently WGC is run out of France, and he has some stigma in the French SF community where they think he’s banworthy.

I read that on the SF4 forum a couple weeks ago, someone asked when WGC’s lineup was first posted.

I’m looking to going to the event but I have no buddies with me. Anyone going to event want to meet up in Cannes and maybe rent one of those 4-man rooms they advertise?

World Game Cup in on in Cannes this week and Ireland are sending a 14 man contingent.

So keep a look out for us.

On the 4th of March 14 Irish players from the Fighting Game Forum and the Irish Fighting Game Community will head over to Cannes, France to participate in the World Game Cup, arguably the largest Fighting Game tournament in Europe.

Our players will mostly be competing in the Street Fighter IV Solo & 2v2 category’s but we also have players who will be fighting in Street Fighter III : Third Strike and Blazblue. Competition at the tournment will be extremely high with some of the best players from Europe, America and even Japan coming to fight, including the famous [media=youtube]KS7hkwbKmBM[/media]

Despite the tough competition we have some very high level fighters heading over so we should be able to cause some trouble for even these well established international players, with what is (to our knowledge) the first significant Irish presence at an international fighting game tournament. Here are our fighters;

If anyone has any interest in fighting games head on over to the Fighting Game Forum. We have casual meetups once or twice a week in XGC, Liffey St, Dublin and there are regular tournaments in the form of Inferno Ranbats (Dublin) and Dragonslayers (Belfast). Keep an eye on the forum for info on all these events. There’s no skill discrimination here so feel free to post and come to any of the events if you think you’re the best or are a brand new player looking for some friendly games or advice!

No more infos about US fighters

Damn, 347 people have either registered or pre-registered. If not for that cap, this would have to be the 2nd biggest SF4 tourney outside of Evo if all those guys actually showed. But anyways with only 256 allowed to enter I’d hurry up and make sure I’m in because it looks to risky to continue waiting since there are a lot more people interested in joining then there are the number of slots open for the players. Anyways this tourney is chocked full of elite talent from everywhere, even more so then last years Evo IMO so I can’t wait to see the results. Although I’d love to watch it if possible.

I’m one of the Irish contingent heading to this tomorrow.

Can’t wait. Just hope to get out of the first round into top 64 and then see what happens from there.

I second this question.

They are progressively uploading some of them. First in the page is daigo vs eita (GO). Level is very high between those two, which is not necessarily the case with the other ones. 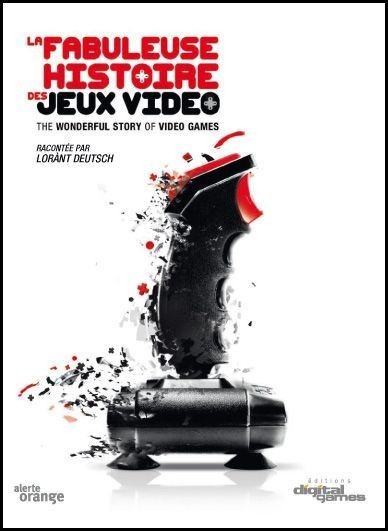