You could really say that all the guest characters in SFxTK were a let down and a blatant attempt to cater to the casuals and get sales figures like Smash Bros.

I guess, but kuro and toro IMO were very good guest characters. I know they are just kazuya and ryu clones, but they’re small size really helps on the battlefield. Megaman and pacman are alright, because they play decently. But Cole Macgrath just sucks ass. He has all these nice flashy moves but no good substance. Hell, its impossible to do boost combos with him. I’m not asking for a powerful character, but i’d like it if I could just play him well.

I’m surprised no one’s mentioned this travesty yet… 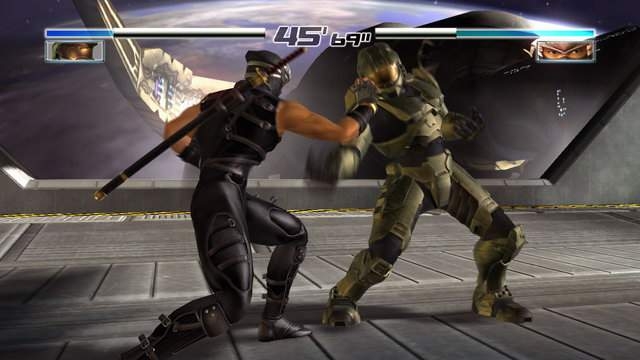 Is… Is that real?

Is… Is that real?

GET THE FUCK OUT OF MY FATAL FURY YA BASTARD.

I’m surprised no one’s mentioned this travesty yet…

I believe Nicole was mid-tier in DOA4. Also, her moveset was unique and memorable enough that it’s being brought back somewhat with Rachel in 5U.

Ingrid…Capcom trying to forcefeed Lolita fetishes down our throat…

Wait… wtf? Alien Bloodsport? LMFAO what the fuck is that?

Believe it or not, there was a time when Western studios used to develop fighting games for the PC. Xenophage was one of such games, and it was made by Apogee Software, who you should know better as 3DRealms, the makers of Duke Nukem 3D.

I played and loved Time Slaughter.

Kratos was also in the PSP Soul Calibur game. I didn’t like him in that either.

Ingrid…Capcom trying to forcefeed Lolita fetishes down our throat…

What do you have against lolitas :mad:

Kratos was also in the PSP Soul Calibur game. I didn’t like him in that either.

Hey, but at least he was strong on that game, also he felt more like him compared to the atrocity on MK9.

One of these things is not like the other. Who’s Shaq gonna be a guest character in his own game.

Shaq in Shaq Fu
One of these things is not like the other. Who’s Shaq gonna be a guest character in his own game.

Because they just tacked Shaq onto a partly finished fighting game and used him as a selling point?

Spawn was stupid too.

They’re not in the same fucking universe. Why are they in there? Link’s at least a similar era, that whole mythological fantasy bullshit…

Medieval Spawn was a real thing, though it was a different story and character. I don’t know if the Spawn in SC2 was that Spawn or the regular one.

As a Spawn fan, having him in SC2 was absolutely amazing. Personally, I think all crossovers are dumb because they throw the lore of the franchise and the concerns of the loyal fans away just to make a quick buck from the fan of another franchise. It’s a sleazy tactic…but I sure loved it when I played as Spawn

While they weren’t bad gameplay-wise, I would say the Star Wars characters in Soulcalibur 4 were worse than Spawn/Link/Heihachi.

how could I forget this:

Earthworm Jim in Battle Arena Toshinden, PC version
character is cool but his presence it is so out of context with the nature of the game