Looks and works great except:

plays fine, after about 5-10mins of playing, one of the control pads directions on the DPad (wired to the arcade joystick) seem to get stuck ‘on’.
e.g. the direction down or left is constantly being pushed without the button being closed
This usually happens only in fighting games where a lot of the buttons are being pushed (although it has happened in others). The button will only release with a power cycle

I would imagine that it is getting grounded for some reason when it’s not supposed to be. Here is what is running:

So what could be the problem?
Does the controller pad use a common ground? It seems to
Is it a problem that all the buttons and Dpad are analog buttons?
As it seems to happen only/more with games that use a lot of buttons, is a combination giving me a weird ground somewhere?
I read somewhere that I may need a resistor on the two analog triggers. I currently have them just hooked up to buttons, and they do work but could that cause a problem?

Does anyone have any ideas?? I’m tearing my hair out now, can’t track it down

Have you tried removing the switch connectors when it happens? If removing them makes the problem go away, and re-connecting them brings it back, then the short is in your joystick. If not, then I would get out a multimeter and start probing. Check to see if you are shorting to your common ground.

Yep have tested all that, it’s not the joystick.

What I have narrowed it down to is:

The problem only happens when the arcade buttons wired to the L/R analog triggers of the xbox controllers are being used.

When a direction gets stuck it is actually one of the analog sticks that is doing it. These are still on the controller pcb but not being used and not wired to the arcade control panel. They cannot be removed as it creates a value of x0, y0 (down left i think) and it is always pressing down/left.

Is there any way of stopping the analog stick from changing value, keeping them essentially centered?

And why is it the analog triggers that is making it change?

You should be able to simulate a centered analog stick by using the correct resistor value. Analog sticks typically work by having a variable amount of resistance depending on the orientation of the stick.

You’ll have to use your meter to determine what the correct resistance is.

Or just fill that housing with hot glue when the stick is at neutral so there is no way the pots can budge.

I have already glued the sticks in center position so they are defiantly not moving.

I did have the analog sticks removed at one stage and because I had no resistors on there I was getting the whole down/left thing going constantly so I put them back on. This problem has been happening with them still attached and the trigger pots still attached to, so the analog stick pots should be at their center resistance all the time.

The L/R triggers work fine, i have just wired center pin and common ground to a button. Should this be done differently?

So it seems that the trigger pots are somehow effecting the stick pots. Do you think it might not do it if the analog sticks are removed and resistors put in their place?

This Arcade machine was built entirely by me, from the sketch plan and the dimensions to the assembly and finally decorating. All project comes from my head B) 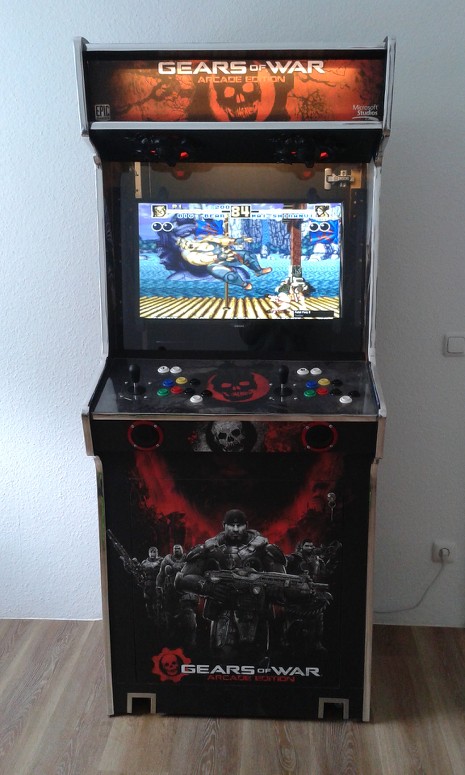 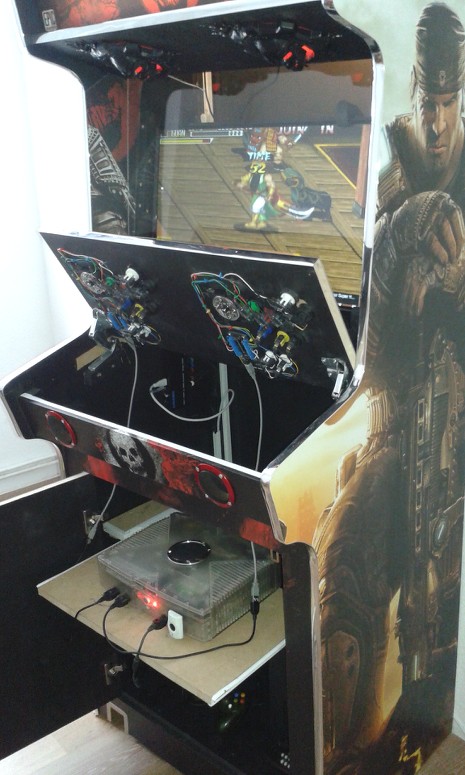 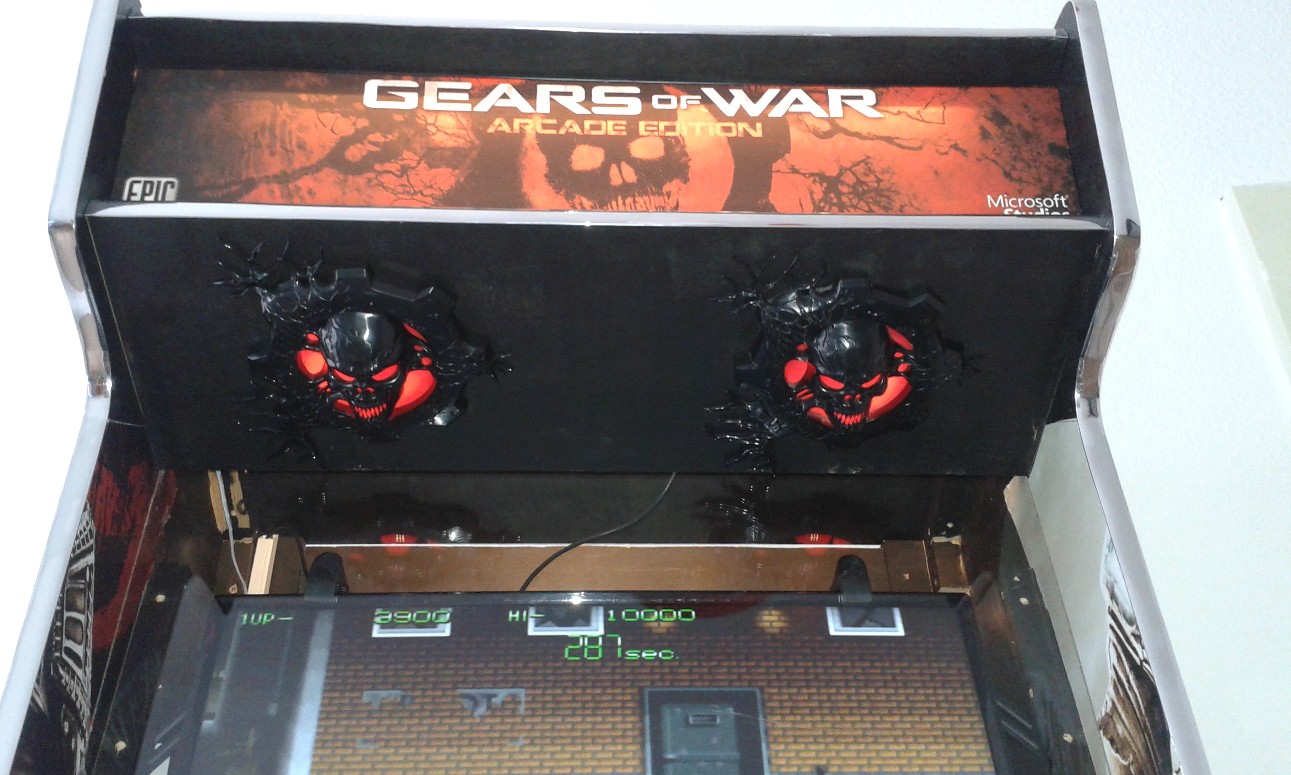 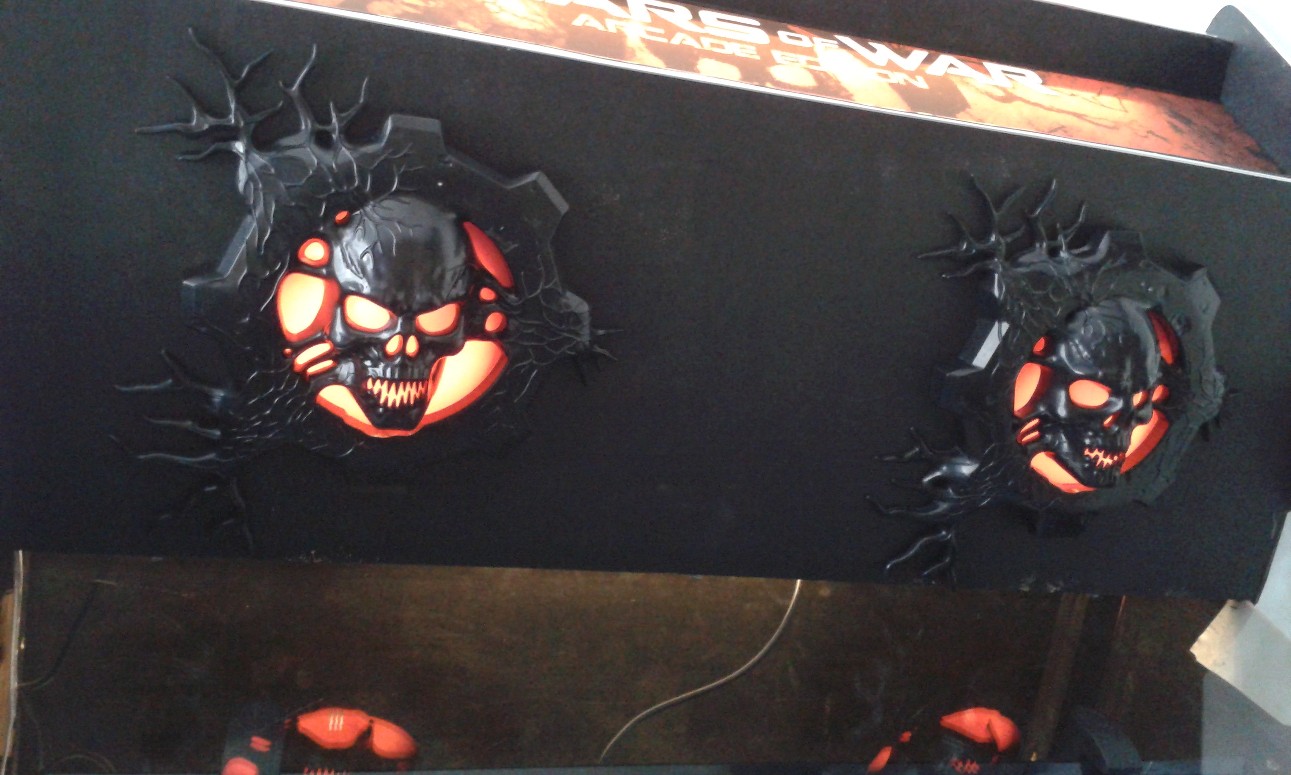 Full image gallery you can watch on this link - https://photos.google.com/share/AF1QipPFjn-CloW0tUiqfAZ1huuFJ3iuXzQa2-GGy7m1kh4fCZ2I1DmzwnSYq7eUNEhdBg?key=RTlnZTV6UXEydlVzVUExdmgwT2R5QW9sbFpOeDNB

This Arcade machine was built entirely by me, from the sketch plan and the dimensions to the assembly and finally decorating. All project comes from my head B)

Full image gallery you can watch on this link - https://photos.google.com/share/AF1QipPFjn-CloW0tUiqfAZ1huuFJ3iuXzQa2-GGy7m1kh4fCZ2I1DmzwnSYq7eUNEhdBg?key=RTlnZTV6UXEydlVzVUExdmgwT2R5QW9sbFpOeDNB

Thanks for sharing, I think you want to also post your project on the following thread

That 9 year bump though…

Sorry for that, I just used search option and read the thread title

Oh, now I can see this is wrong topic

Sorry about that, I have to many open cards in web browser and wrote a post in bad one… I report it to mods