Fighting game fans have been in luck the past couple years with memorable releases from the BlazBlue,Mortal Kombat, and Street Fighter series. In terms of the future, Capcom’s Street Fighter X Tekken has been garnering some very positive attention, and with a release in early 2012, many believe it’s the next big fighter to look out for. But what’s worth looking forward to after that? Ono has some ideas.
Producer at Capcom, Yoshinori Ono, has some big ideas about what the fighting game genre could see in the future, and has some dream projects up his sleeve. During his latest interview, Ono said the following:

But I’ve had a couple of dream projects in my head for a while, one being Street Fighter X Tekken, which is actually coming true. Another would be a Marvel vs DC game which would be pretty damned cool if we could ever pull it off. I’m a big comic-book fan.
In terms of the likelihood of this happening, Ono said:

Now if I can get the presidents of those two companies in the same room shaking hands, then we could get something started. I’d love to see that just as a fan!

Back in 1996, DC and Marvel clashed in a limited series of comic books that were very popular for their short time on shelves, so this isn’t too surprising. Both the DC and Marvel comics have some of the most recognizable heroes and villains in today’s day and age, including but not limited to Batman, Spider-Man, Superman, Joker, and Magneto. Seeing them clash in a AAA fighting game would be definitely worth checking out. Stay tuned!

“Ono said he would one day like to make a sandwich with turkey and weed on it with a side of water laced with LSD. He said that one day that it would be possible, if he could find all of the ingredients without being arrested.”

You’ve fallen for his trolling. Not going to happen any time soon, not going to be handled by Capcom for sure. Now Street Fighter vs Mortal Kombat has a pretty decent chance all things considered.

I would be sooooooooo down for that. Than I can finally have my 3 favourite comic book characters on one team; Team Batman/Spiderman/Cyclops.

If SF characters were thrown in there I would go for a Ryu/Batman/Wolverine team. Unstoppable.

Marvel vs D.C: when nerds collide…

thread gets made: “Ono hints at sakura in SFxT”

Capcom’s already got the MvC3 models for the Marvel side, half the work is done for 'em. Just cart in Cap, Spidey, Hulk, Nova and everyone else, tweak em, than make a full roster of DC characters. I can imagine a roster for DC looking like this (if they were going for a generic 36 character roster):

And I know it’s not a confirmation of a MvDC game, I don’t think anyone is actually holding their breath for a game like that.

I would very much like that, leave Capcom out, make it only DC vs Marvel. To make this happen we gotta start asking on their forums though I don’t think DC has an official forum yet.

I don’t know why people think this crossover can’t happen. They have done it before…

not to mention there’s other issues outside “DC versus Marvel” series where characters from both universes have met.

Only if it’s all Vertigo characters.

Ono, stay your goofy ass the fuck away from it and let that Hawaii team that did mvc3 handle it. 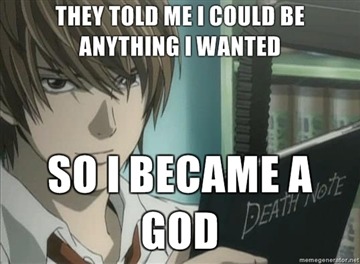 “I am Yoshinori Ono! The master of trollingism!”

This would be a great idea in terms of DC making bank. With the whole re-launch of their titles, they are gonna gain a shit ton of fans. imagine how many would be happy to play Marvel vs DC? I know i’d be hyped out my kittens for that shit. I’d run Nekron (Black lantern)/Victor Mancha (son of ultron/member of the runaways)/ Joker haha. Chances of my first 2 picks are minimal as they are not hugely known id settle for Sinestro Corps Sinestro or Atrocitus (red lantern) instead of Nekron. Nekron would be dope because he could call on Black Lanterns to fight for him like a sub or something but still use his lifebar.

I remember he posted something about this on his twitter. It’s the dream crossover, and having Ono on the direction could be interesting.

There’s no way Marvel would agree to this with the current comic book climate, with the DC relaunch and all, that would be a potential market share loss for a competitor to give the same exposure.

plus since Disney owns marvel and WB owns DC Capcom has to try REALLY hard to get past not one but two corporate Bureaucracy that’s not willing to ptomote anything a rival owns, to make that happen… so it simply isn’t marvel vs dc on this one.

I don’t know if Capcom’s Licensing of Marvel Characters Prohibits negotiations with Competitors (But i’d imagine typically they have to be… Forgive me i know i’ll sound like an idiot to the actual business savvy people) but i guess it boils down to whether if Capcom wants to Work With DC without Marvel at the scene.

Capcom vs DC or Marvel vs DC is something Ive always wanted to see. DC has such great stories and characters! Make it happen Ono!

please, someone, stop ono before he can make any more awful games